Tor was born and educated in London, and graduated from Kingston University with a BA in Illustration in 1999. She has been working as a freelance illustrator, author and comic maker since that time.

In 2012 she was awarded a Sendak Fellowship. In November 2017 she won the Observer/Cape/Comica graphic short story prize.

She is known for her Olive series (published by Templar Books), and her latest book Welcome to Oddleigh (Bog Eyed Books) has been hailed by readers and critics alike and described as “simply bursting with imagination and good-natured humour”(Andy Oliver)

Her work also appears in Drawing For Europe. 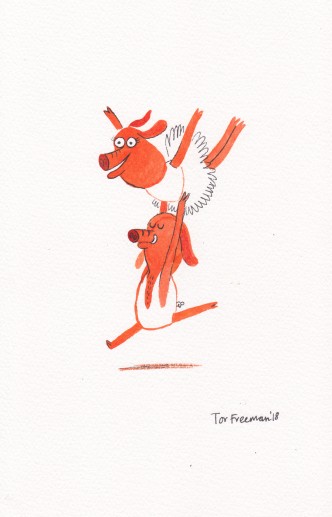